Never heard about Salta in Argentina? Me either! This was my first time in Argentina and despite knowing much about the country, I actually had no idea where I was going. The area was less explored by many tourists who go to countries for their hotspots. But the destination was chosen by the Adventure Travel Trade Association for its World Summit specifically for what it offered: the chance to delve deeply into what we as its members believe – that travel can unite people, protect our Earth, and be a force in leading change in the world. So I happily buckled my seatbelt in Buenos Aires to fly into the Andes to this more remote section in northern Argentina.

Scroll down and explore part 1a of my Ultimate Argentina Travel Guide now! Questions about Salta or dreaming of your very own Argentina journey fulfilling your deepest needs and desires? Just ask!

My first impression from the airport to the small regional capital city of Salta was an unexpected big “wow”.

Set in the high altitude wide Lerma Valley between the Oriental and Andes mountain ranges, the province’s capital city twinkles in the dusk surrounded by the fertile flat farming plain. Stretching across the valley, roads snake to small villages that support farming communities.

I think, “It can’t get any more local than this.” And I am supremely happy.

Robert Duvall thought so highly of this valley that he bought an estancia here, which is now the hotel House of Jasmines with a lovely restaurant.

Though less popular than other areas in Argentina, there is a great infrastructure for visitors, I learn over my time in this province and its neighbor, Jujuy. Accommodations are wonderful and range from simple to luxurious, the people are friendly and kind to include strangers, the food is marvelous.

Salta City itself immerses me right away into local history and culture.

The city, founded in 1582 has a long history, and eventually original mud and clay dwellings were replaced by cabildo buildings of the 1600s (the municipal building and a cloister stand still in testament). Baroque of the 1800s can be seen in the cathedral and church of San Francisco. After earthquakes and fires, the 1930s brought unification of style in Neo Colonial architecture, with curly wrought iron balconies ornamenting whitewashed walls and terracotta roofs.

Salta has come on the radar for travelers, and here are a few things I did there:

Climbed the more than 1,000 steps to the top of San Bernardo Hill, a path leading upwards from the equestrian statue of Martín Miguel de Güemes, who led Salta’s rebels in the Argentine War of Independence.

There is an easier way up to enjoy spectacular views of the valley by cable car.

Checked out the local vibe by hanging out in tree-lined Plaza 9 de Julio, the main square and Salta’s heartbeat in the evening. Here, in the shadow of the Cathedral and surrounding Spanish-style buildings, Saltenos gather at cafes and bars. I was there during the game which would send the Argentinian soccer team to World Cup series contention. So I witnessed late night celebration and roars of “GOOOOOOOAALLLLL!!!!” from bars and homes.

Hit the MAAM(Museum of High Altitude Archaeology) which tells the story of ancient Andean and the Incan culture that came after.

The museum displays artifacts from thousands of years ago that tell the story of the region, its greatest treasure are the 500 year old remains of three Inca children who were killed in sacrificial ritual. In the dry of cool climate, their bodies were mummified, and it looks as if they are sleeping, which made me feel both tender and sad.

Eat Where the Locals Eat

Ate local delicacies. The empanada is a national food in Argentina and each region has its own mixture encased in pastry.

Venturing to the Salinas Grandes

From Salta it is possible to venture out in day and overnight trips, to the Salinas Grandes, Cafayate and Colombe in particular. You also can choose to stay in the Lerma Valley to explore cloud and rainforests on the mountains that rise from the high valley floor. “

Remote” has nothing to do with the endless possibilities for the traveler in this region, and left me wanting to return for more.

Don’t forget to check out our other Argentina blog posts from this series:

If you’d like to have more ease in your travel planning, I’d love to help!

You can stay informed and inspired in planning your travel in 2018 by reading more of my blogs. You can also follow me on Facebook. Twitter @enlitndjrntrvl, and Instagram @enlightenedjourneystravel. Sign up to receive the blogs and a newsletter filled with more insights and offers so you don’t miss a thing. 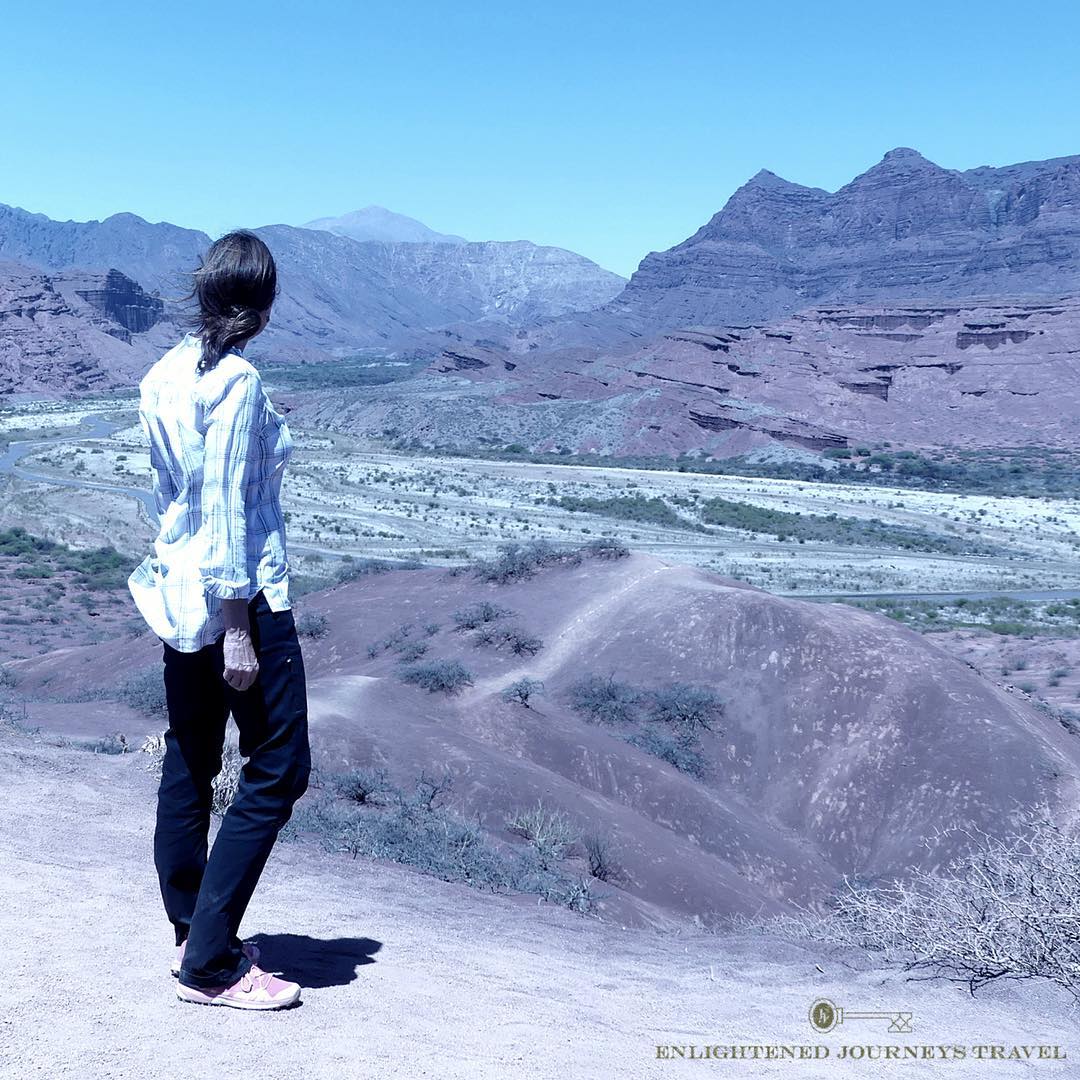 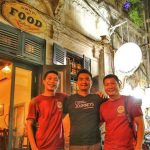 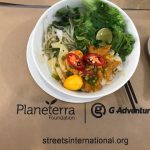 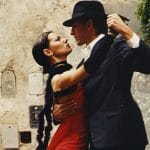 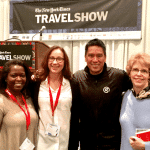